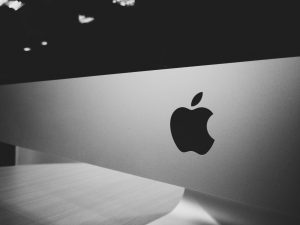 The video game publisher Epic Games began on 05/03 to live the last phase of a lawsuit against Apple . The next hearings, according to a report published by CBS News, will be key to deciding whether the iPhone maker should remove the Fortnite game from its App Store.

As revealed by the CBS News report, if Epic wins, Apple will have to make some changes in its software – iOS – and in the practices used in its negotiations that it uses to establish partnerships with other companies, which, according to some experts, make the App Store monopolizing.

The court dispute, which is overseen by District Judge Yvonne Gonzalez Rogers, is expected to last three weeks. The magistrate this week is expected to hear testimony from Apple CEO Tim Cook; the head of Epic, Tim Sweeney; and other senior executives from both companies.

As the information released by the CBS News report points out, this is the first significant lawsuit Apple has faced since 1989, when Xerox sued the company for copyright infringement by launching the Apple Lisa and Macintosh computers. To date, Apple won the dispute. However, the battle it wages against Epic Games is vastly different from that of 1989.

The App Store currently handles more than $100 billion. Depending on the court ruling, the brand will not only be harmed, it will also give competing app stores access to the market that only the iPhone moves.

The conflict in question began last summer when Epic, creators of the popular game Fortnite, implemented a direct payment mechanism in the iPhone version of the game. As reported by CBS News, this mechanism circumvents the 30% commission rate that Apple charges on purchases that are made by apps that are downloaded from the App Store.

Apple, when it noticed the presence of such functionality, sued Epic Games for violating rules that, until then, had already been established. Epic embraced the fray and claimed that ” Apple’s removal of Fortnite is yet another example of how the company is exerting its enormous power to maintain the monopoly”, showing that the current action involves more the iPhone maker’s behavior than obtaining profit – Fortnite made about $700 million in the two years it was sold on the App Store.

The video game publisher believes that “the iPhone platform monopolizes a single market, which only Apple controls because it owns the App Store, iOS software and the iPhone.” According to Epic Games, “This platform structure gives Apple an advantage never seen before because consumers are forced to use the iPhone’s payment processing system, which prevents app developers – and also games – from charging for payment directly. ”.

Epic Games, meanwhile, also highlights a contrast between the iPhone’s closed ecosystem and the fully open ecosystems of PC platforms as well as Apple’s Mac computer, which allow installation of software from a variety of sources, none of which it restricts how consumers pay developers and e-commerce companies.

The counter-argument used by Apple in the lawsuit makes it clear that developers are not obligated to publish products through the App Store and can distribute software and games on a variety of competing platforms, such as Google’s Android operating system, Nintendo’s eShop, Sony’s PlayStation market and, of course, Epic’s Game Store, which runs on macOS and Windows.

Apple also says its 30% commission for in-app purchases is the same as the company’s competitors — and small developers, those who generate less than $1 million a year, only pay a 15% commission. Apple also says that all developers can also run web apps on iOS and charge customers for free using browsers that run on the iPhone.

Cook recently told the Toronto Star that allowing third-party app stores on the iPhone would threaten the security of iOS and undermine consumer confidence in Apple if the App Store were to become a “flea market.”

“At the heart of Epic’s complaint… they would like developers to put in their own payment information, but that would make the App Store a flea market and you know the level of trust they have in the flea market…” said Cook.